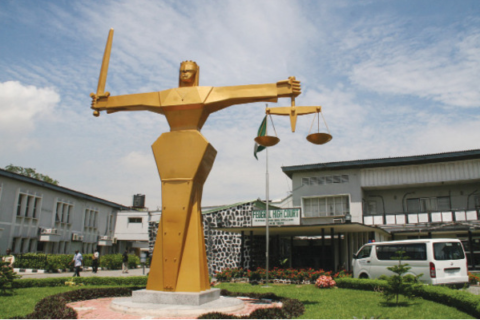 TWO sisters have been arrested and arraigned before an Ughelli Magistrate court for allegedly beating and biting off a finger of an 8-month pregnant woman during a fight between the sisters and the pregnant lady.

The incident occurred at the Akporigbe residence of the ladies in Ughelli, headquarters of Ughelli North local government area of Delta State.

Giving details of the incident yesterday, a source from the court disclosed that the suspects, Victory Ogboru and Mercy Ogboru were both arraigned before the chief magistrate, Ena Odjugo on charges of assault and grievous harm respectively.

According to the source who spoke on condition of anonymity, “The suspects in their confessional statements had confessed to the beating of the pregnant lady who is their neighbor with one of the sisters, Mercy Ogboru biting off the middle finger of the right hand of the victim during the incident.”

Speaking further, the source who is a staff of the court, said: “Due to the COVID-19 pandemic, the suspects were rejected at the Okere Correctional Center, hence with the use of a court order, they were kept at the Ughelli police station pending the next date of adjournment.”