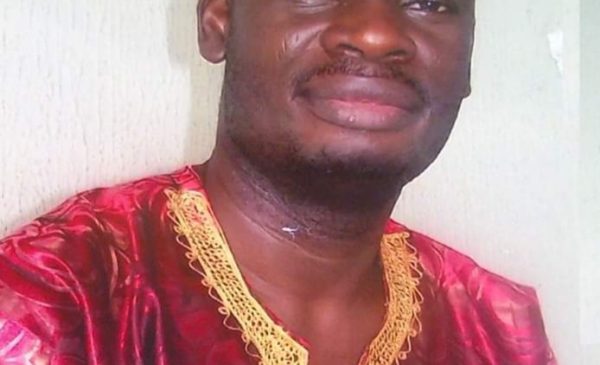 By Sunny Awhefeada
The present intervention owes its title to Niyi Osundare’s If Only the Road Could Talk, a collection of sublime poems engendered by his minstrelsy peregrination.
Osundare, the master poet and philosopher, rethinks and reworks metaphors and myths to create an alluring tapestry of poetic experience which put Africa, Asia and Europe in one long and memorable cartographic canvass.
Lyricized and romanticized in the poems that populate the pages of the collection are people and places to which the road brings the bard.
The road is the nexus that links the poet with people and places. The road is benevolent, but it is also a victim and witness to the malevolence orchestrated by man.
Hear Osundare: “Were the road able to talk/It would wail (though fecklessly)/At speed’s murderous insanity/And the rivulets of blood which/Redden the path to sudden twilight” The road thus silently endures the violence and tragedy instigated by man.
Nowhere in the world except Nigeria has the road been so abused, victimized and negated.
Of all the indices of infrastructural development in Nigeria, the road remains the worst indicator of how we have failed as a people and country.
The state of Nigerian roads speaks to the state of our governance that has become notorious for its kabukabu character.
The acute lack of rigorous thinking, the absence of diligence, and the perennial tendency to steal continue to conspire against the evolution of the Nigerian state. The last ten years or so have seen to the abrasion of our roads.
However, what has happened in the past two weeks to roads nationwide is unprecedented in the assault against the Nigerian psyche.
Yes, whatever happens to our roads for good or for ill affects us as a people, positively or negatively. We are bound to the road as it connects us to people and places. We are therefor fractured psychologically by the degradation of our roads.
There is a nationwide gridlock that extends its frighteningly monstrous tentacles by the day.
When the new onslaught on our psyche in the name of failed road induced gridlock started and we saw pictures on the pages of newspapers or watched clips of it on television screen, it all
looked so distant from us.
Now, the roads have failed and packed up even up to our doorstep. Intra-city and intercity travel has become a nervous engagement.
The major highways having failed, drivers now have to deploy their ingenuity and mastery of their trade to sniff for old abandoned roads to which they divert in order to reach their destination.
As I write a trip that hitherto took just thirty minutes now lasts for between five hours to twenty-four hours. Anxiety now consumes the traveler.
Time is wasted. Accidents recur and robbers and kidnappers take advantage of the situation. The robbers here include security agents and men of the Federal Roads Safety Commission (FRSC) who mount check points at failed portions of the road to extort Nigerians.
Our roads have been disemboweled, beheaded and degraded. If only the road could wail, it would have rendered painful dirges for itself. It would have wailed and lamented its plight.
It would have lamented how unkind and wicked man has been to it. It would have wailed and accused government.
The road would have named Obasanjo, Jonathan, Buhari, Anenih, Ogunlewe, Onolememen, and Fashola as complicit, The East-West road would have wailed and cried the name of Orubebe, Oru, Nguru.
Yes, if only the road could wail it would have cried loud imprecations on these names.
The potholes would have raised the lamentation. The gullies would
complement them and the craters would amplify the lamentation.
The roads that have now become endless streams and swamps would have become a din of lamentation.
The centrality and significance of roads to humanity rest on the reality of movement. Movement is a characteristic of human beings.
We must move in search of one thing or the other. Movement is part of our survival strategy. We move to live and live to move. But now without
roads we can longer move and our survival is threatened.
Devastating and desperate as the
situation is, government has no explanation on why we have become a nation without roads.
Nothing could be more telling about the failure of government than this. The failure of our roads is as serious as the failure of security nationwide.
It is really an emergency. But is there any aspect of our national life that is not in emergency? The condition of our roads is the same as that of our hospitals.
It is the same with that of our schools. It is the same with the power sector. No sector gives us respite.
To help ourselves, we sank borehole to get water. We bought generators or installed solar to get electricity.
We hired guards to provide neighborhood security. We patronize private hospitals and send our children to private schools.
But can we build private
roads? Ah, if only the road could wail!
There are some fickle reasons government officials often advance for the state of our roads.
They lazily point at heavy duty trucks plying the roads.This is just balderdash.
Our roads are failing because our government officials are corrupt through and through and they build substandard roads.
Our roads are failing because the people have not served notice to government that they will soon close the airports in Nigeria.
Yes, once the airports are closed and government officials can no longer travel by air and they begin to suffer what the rest of us suffer by traveling by road then they will build durable roads.
Post Views: 40