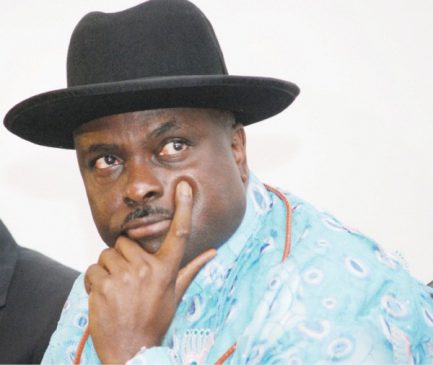 ames Ibori, has endorsed Governor Ifeanyi Okowa of Delta State, for a second term and called on Deltans to support him to complete his transformation agenda.

Chief Ibori, who spoke at a reception hosted by Mr Mike Diden, the member representing Warri North in Delta State House of As
sembly and friends on the platform of Delta Political Vanguard, in Oghara, Delta State, weekend, said although he was still sleeping and resting, “I have a right to ask my people to support Okowa’s administration until 2023 to enable him complete his agenda for Delta State.

“I am very grateful for the way you left what you were doing at home to come and welcome me. After I have rested, I will start to make comments and you people will hear what I have to say.  As a father, when a child shows you his report card that he passed his examination, you will clap for him. As a leader, when you see what is good, you applaud it.

Governor Okowa is laying a foundation for the development of Delta State and four years will not be enough and he will need another four years to continue to do this. I support his agenda and I will back up whatever I say. When he finishes, we shall continue from there. You gave him the mandate; you should support him to actualize it. We should continue to reposition our state as a strategic state in Nigeria.” Be loyal to your governor and be loyal to your state.”

Earlier, the leader of the Delta Political Vanguard, Mr. Mike Diden told newsmen that the event was organized to welcome home the former governor, adding that “wherever he wants them to go, they will go.”