The Archbishop of Bendel Province and Bishop of Ughelli Dioceses of the Anglican communion, Most Rev Cyril Odutemu has warned Ughievwen sons and daughters not to exchange nor trade the kingdom development with a bottle beer in any situation.

He gave this warning at the Thanksgiving service of the 10th coronation anniversary of the Okobaro Ughievwen Kingdom, HRM Matthew Ediri Egbi, Owawha II in Ughelli South local government area of Delta state.

According to him, Ughievwen is a kingdom ordained by God and no man can stand against that and it is time for all to come together and build a greater Ughievwen.

As a kingdom, when you are wining everytime, not all will be happy, they will be laughing but their mindset is different, and during the ministration, we were made to know that our king was crown on May 30, 1999, but because of internal crisis, he was given the staff of office in 2011, and it has been God all alone sine then. 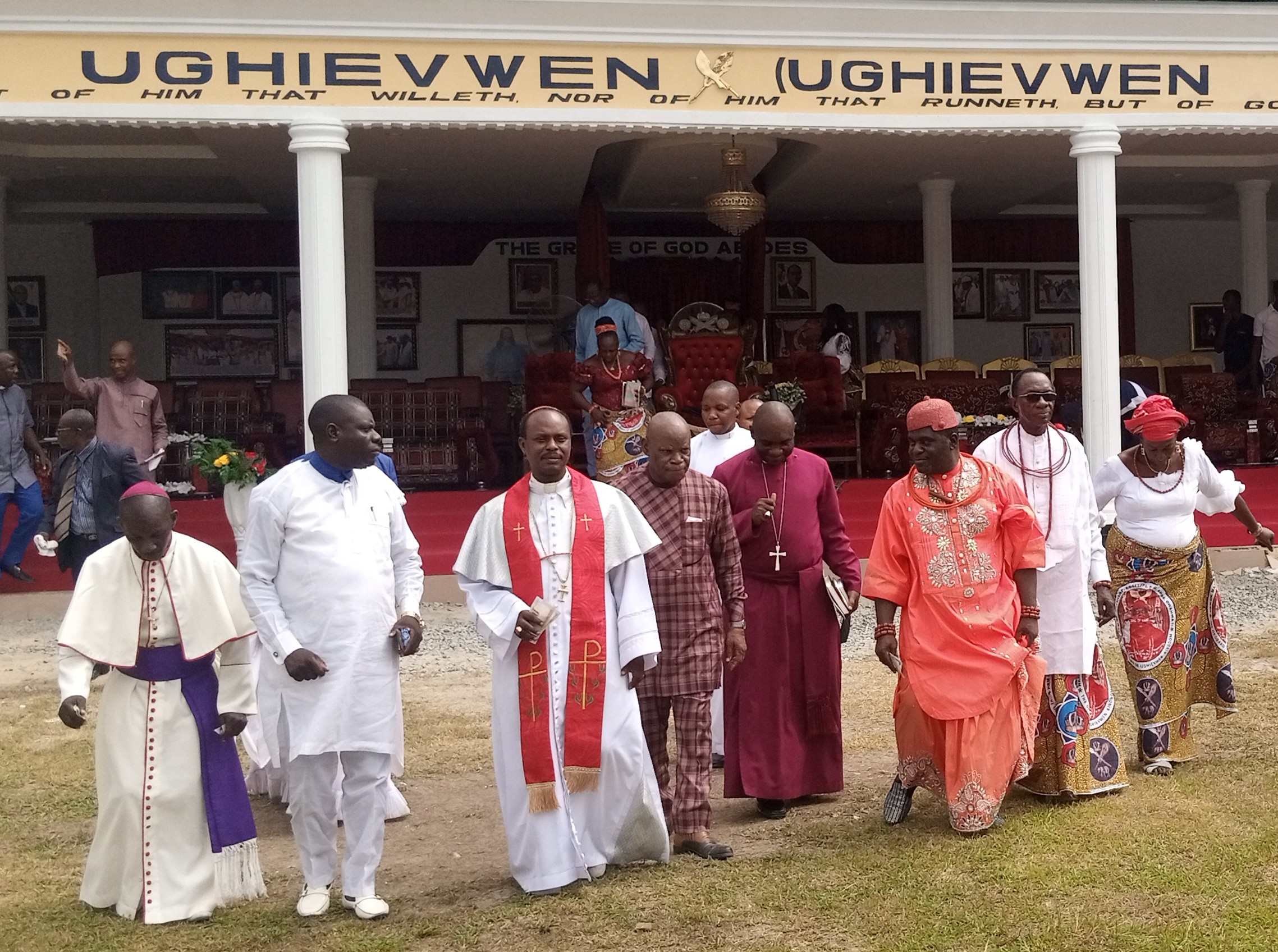 “I want to let our king know that life is a destiny and His want to teach you something just like he taught David in the Bible, it was not all that danced on that day of your crowning that were happy but any who chase a king that is ordained by God is set for doom.

“It is time for Ughievwen people to think of what they can do for Ughievwen and not the what kingdom will do for them. When good things are about coming to Ughievwen, some will exchange them for a bottle of beer, we should that habit if we must grow”.

On his part the Okobaro of Ughievwen Kingdom said, “By the grace of God, it can always get better and I am glad because the last king before now spent two weeks only on the throne and the throne was fearful to the extent that my own mother never wanted me to ascend it.

“I want to appreciate God for his infinite mercies upon Ughievwen kingdom and my household and the ministers of God in their prayers for us, it can only get better by the grace of God.

“Like I had earlier said, the president of Nigeria must come from Ughievwen even if it tarry, it must surely come to pass and I pray it should be at the time of my reign”.