Managing Director/CEO, Delta State Oil Producing Areas Development Commission, DESOPADEC, Bashorun Askia Ogieh has appealed to Oil producing communities in the state to protect projects sited in their various communities to encourage the Commission to do more for them. 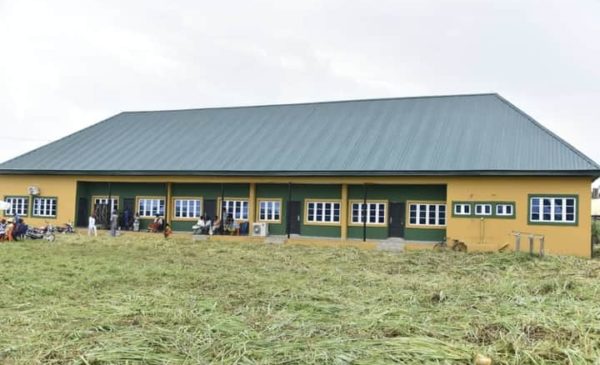 “You will recall that we were inaugurated about a year ago and we took it upon ourselves to take stock of where we are, project-wise, and part of the stock taking is the harvest of projects for the benefit of the people which are spread across the ethnic nationalities, beginning with Ndokwa nation.”

Bashorun Askia held that the tempo which must be sustained falls in line with the Stronger Delta agenda of His Excellency Sen. Dr. Ifeanyi Okowa and encouraged the people to remain supportive of government effort at touching their lives.

Also, Speaker of the Delta State House of Assembly, Rt. Hon. Sheriff Oborevweri who was guest at the inauguration of the projects has commended the unusual passion of the current Board of the DESOPADEC, with regard to demand-driven project delivery.

He gave the commendation while formally flagging off the commissioning of an ultra-modern national town hall at Ogume, Ndokwa West LGA.

The speaker in his speech after the commissioning, said, “The quality of the projects being inaugurated was ample evidence of a proactive and pro-people Board in a hurry to touch the lives of the people in the mandate areas.

“And this effort will continue to give full vent to the agenda of building a Stronger Delta as enunciated by His Excellency the Governor of the state, Sen.Dr. Ifeanyi Okowa, adding that their effort remained salutary, especially given that they were just rounding up one year in office.

On his part, the founder and Chancellor of Novena University, Ogume, Dr. Chuks Ochonogor inaugurated a newly renovated block of 6-classrooms fully fitted with pupils and teacher’s desks and chairs, whiteboards, fans and sundry facilities at Ezedogume Primary School, Ogbe Ogume, Ndokwa West LGA. The foremost edupreneur expressed delight at the vision of the Commission through their son and Executive Director, Social Services on the Board of DESOPADEC, Barr. Leonard Anoka to prime education and make learning a worthwhile experience for tomorrow’s leaders in the community.

Similarly, the Chairman of the Commission, Evang. Prince Michael Diden commissioned a solar-powered 20-000 litre water project scheme at Ebedei Uno, Ukwuani LGA for the use of the people who were overjoyed at the community-inspired project.

Cutting the tape to formally Commission the project, Evang. Hon. Diden declared that the mandate of the Commission was clear in the executive directive from His Excellency the Governor of the state, Sen. Dr. Ifeanyi Okowa to make notable impact and touch the lives of the people in the mandate area.

He said the current Board remained committed to this directive even as it commemorates its first year anniversary.

He said the desire to bring development closer to and make same more impact-driven, on the people was not negotiable. He therefore enjoined the people to take the projects as their own and protect them in order to enjoy more from the Commission.

At Oliogor Umuseti in Ndokwa West council area, the moving train berthed at the Oliogor Secondary School where the Managing Director/CEO, Bashorun Askia Ogieh cut the tape to commission the 1.52km perimeter fencing, water project and gate house of the community school to the delight of the indigenes. Of note was the breath-taking perimeter fencing which met all parameters of excellence associated with DESOPADEC jobs.

The full day event was no doubt a signal of more developmental strides for which the Commission has come to be identified with over the years, even as the current Board has, as a matter of policy, committed to attain more heights.