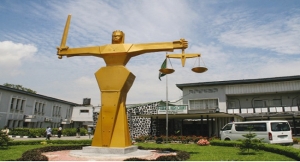 An Ondo State High Court has sentenced the seven persons accused of kidnapping a former Secretary to the Government of the Federation, Mr Olu Falae, to life imprisonment.

Mr Falae was kidnapped on September 21, 2015, at his farm in Ilado, a rural agrarian settlement near Akure, the state’s capital in southwest Nigeria.

He was later released by his captors after spending four days with them.

“Part of the ransom were found inside his (the first defendant) vehicle at Minna where he was tracked to. Also, some of them made confessional statements and there were other evidences that corroborated their statements,” Adeyemi-Tuki said.

The lead counsel to the accused, Abdulrahman Yusuf, however noted that his team would study the judgement to know the next step to take.