Presidential candidate of the Peoples Democratic Party, PDP,  for the 2023, Alhaji Atiku Abubakar has described the recent collapse of nation national grid as cause for worry. 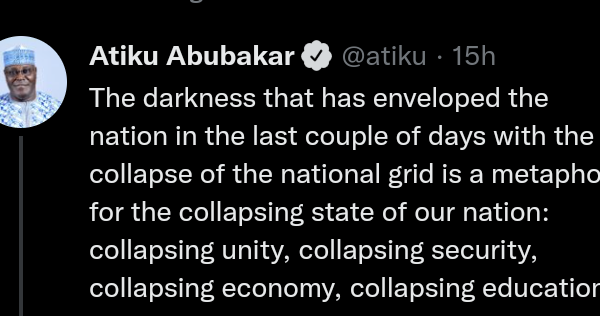 It would be be recalled that the national grid has collapse for five time in 2022 and it has been crumbling the economy of the country.