Monkeypox is a rare disease that occurs primarily in remote parts of Central and West Africa, near tropical rain- forests.

The virus can cause a fatal illness in humans and, although it is similar to human smallpox which has been eradicated, it is much milder. The virus is transmitted to people from various wild animals but has limited secondary spread through human-to-human transmission.

Typically, case fatality in the virus outbreaks has been between 1% and 10%, with most deaths occurring in younger age groups. There is no treatment or vaccine available although prior smallpox  vaccination was highly effective in preventing it as well.
Monkeypox is a member of the Orthopoxvirus genus in the family Poxviridae.

The virus was first identified in the State Serum Institute in Copenhagen, Denmark, in 1958 during an investigation into a pox-like disease among monkeys. 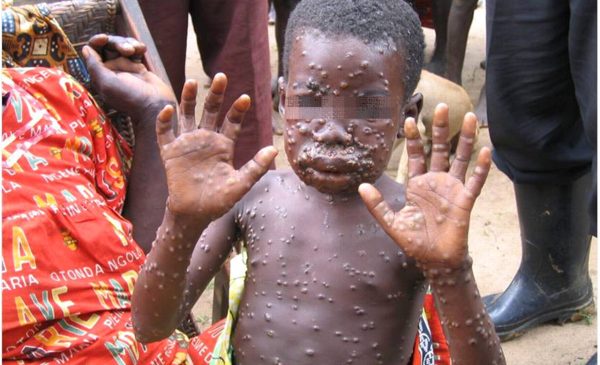 In the spring of 2003, cases were confirmed in the Midwest of the United States of America, marking the first reported occurrence of the disease outside of the African continent. Most of the patients had had close contact with pet prairie dogs.

In 2005, the outbreak occurred in Unity, Sudan and sporadic cases have been reported from other parts of Africa. In 2009, an outreach campaign among refugees from the Democratic Republic of Congo into the Republic of Congo identified and confirmed two cases of the disease. Between August and October 2016, a monkeypox outbreak in the Central African Republic was contained with 26 cases and two deaths.

Infection of index cases results from direct contact with the blood, bodily fluids, or cutaneous or mucosal lesions of infected animals. In Africa human infections have been documented through the handling of infected monkeys, Gambian giant rats and squirrels, with rodents being the major reservoir of the virus. Eating inadequately cooked meat of infected animals is a possible risk factor.