Diego Costa had been back for only five minutes when he scored his first Atlético Madrid goal in three-and-a-half years but no sooner had he started than he stopped again. As the supporters behind the goal celebrated, Costa sat on the turf, looking at his right leg. He had stretched to turn the ball into the net, diving in where the studs were, and he had paid for it. The game – his first for almost eight months – kicked off again while he limped round the touchline with the doctor and the club’s fitness coach, Oscar ‘El Profe’ Ortega, yet he was not going to be beaten. He had waited too long to give up now, so Costa slowed by the bench, showed Diego Simone his shin and then ran on again.

His number was not up, after all. Barely five minutes before, it had been. Costa had began as a substitute and it was 8.17pm under a full moon before they called him over, the fourth official there with the board and the wait finally at an end. Costa pulled off his tracksuit top to reveal the 18 below, knelt down, crossed himself and headed to the touchline, high-fived Ángel Correa and made his way on to a football pitch for the first time in 221 days, crossing himself once more and pointing to the sky. Chants of “independence!” were interrupted by the cheers from the Atlético fans, while supporters of Lleida Esportiu whistled and booed. Mr Bad Guy was back. Less than five minutes later he had scored – just as he di

This was Costa’s first game since May 2017 and his first for Atlético since May 2014. He has not changed but the scene had changed. At 13,500, the Camp d’Esports is among the biggest at this level in Spain, a modern, municipal arena with colourful club badges adorning the corners, like lollipops on sticks, a shop selling shirts but no mugs, and it was not far off a sellout. Yet it is not the Stadium of Light, where he last played for Atlético, or Wembley, his final game for Chelsea, and this Copa del Rey last‑16 first leg against Lleida Esportiu from Spain’s 80-team, four-group, theoretically amateur third tier was no European Cup or FA Cup final, either. Yet Costa had waited for this as if it was – and played as if it was, too.

Costa finally arrived in Madrid in September, not only four months since his last match but since any meaningful activity at all: his only football was kickabouts with friends in Lagarto, broadcast on social media. Chelsea had not wanted him, Antonio Conte telling him by text, but it took a rebellion to bring him back. He had been in Brazil, complaining of being treated like a criminal, insisting he would only go to Atlético. That resolve was decisive, which is not to say he was cheap: at €65m he cost more than twice what he had three years before. No one there doubted that it was worth it. 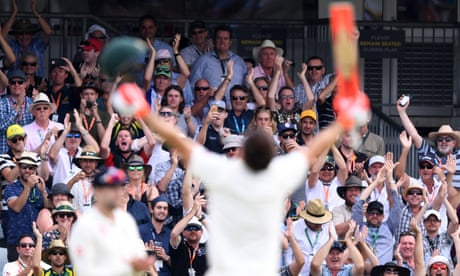 The Recap: sign up for the best of the Guardian’s sport coverage

As he arrived, he knew what awaited and it was terrifying: Ortega has a reputation as big as his calves and sometimes seems to have a sadistic streak, too. Under his watchful eye, vomiting comes as standard. “He’ll soon get me into shape,” Costa said when he touched down at Barajas, wearing a big grin and a bit of a belly.

Atlético’s transfer ban gave him time and they used it. While Vitolo, signed from Sevilla and sent on just before him here, was sent to Las Palmas on loan, Costa worked in the capital. A programme had been designed for him, a diet, too. Recovery, then a personal pre-season, almost a month long, and finally, having been sitting on an exercise bike at the side of the pitch looking longingly at his team-mates, torture and motivation in one, he joined them at Cerro del Espino, the club’s HQ northwest of Madrid.

Photos appeared periodically, like a montage in a film; not Rocky running through the snow but Costa sweating on a futuristic bike, wires connected to his body, his skin tightening, muscle tone returning. He regularly boxed in a gym owned by Fernando Torres. He sat in the directors’ box at the Wanda Metropolitano, where he saw Atlético knocked out of the Champions League, the competition in which they had hoped his presence would be felt most. As 2018 came, he was out there, 8kg lighter than the day he arrived. “He needs no presentation,” the president, Enrique Cerezo, said but Costa was presented this week. “This is his home, the home of Diego Costa,” Cerezo added. More than 20,000 came.

“Play!” said the front cover of the sports newspaper Marca. From the start in Lleida, he didn’t. But at half‑time he was out there warming up with Antoine Griezmann, the partnership that promises – at least until the Frenchman’s inevitable departure. As the second half began, he pulled on a bib and made for the corner, warming up with Griezmann, Vitolo and then Thomas Partey, El Profe barking at them. Costa had watched from the bench as Diego Godín headed in the first from a dead ball – something things never change, he might have thought – and Torres made it 2-0. Then he was called over, the board went up and he began again.

d on his debut for Chelsea.

He looked as if he would limp straight off again but he refused. And, not long after he reappeared, knock on the shin forgotten, there was a confrontation with Jorge Félix, the referee forced to intervene. At every turn, Costa stood up to his opponents, like he always had, keen to go dashing at and beyond them. “We know what he brings us,” Simeone had said before the game, beginning his description with “aggression”. They had missed him; as for Costa, he had missed playing – his way. Under the stand, late on Wednesday night as players made their way out, there was a hubbub of chat in which themes were repeated by and observers “balls”, fight, spirit. This is different now, they whispered, excitement in every word.