I must begin by ascribing the patent of the title of this piece to Dr. Walter Ofonagoro, one of those exceptionally gifted men who put their talent at the disposal of the antithesis of good. Ofonagoro belongs to a mendacious heritage constituted by men of his ilk. They are the worthy sires of the Garba Shehus and the Femi Adesinas of today. For the Woke generation, the name Ofonagoro will not ring a bell, although it pops up on when searched on Google.

The generation which is probably more than half of the nation’s demography was born at the turn of the present century or millennium. They were fortunate not to have heard the blasphemy that Ofonagoro’s tongue spewed forth. I was a child when he became a familiar face on the Nigerian Television Authority (NTA) in the wake of the massively rigged general elections of 1983. In those days, the NTA was the sole gateway to news and it was our unenviable fate to be glued to it without any other if we were to listen to the news or watch any programme. 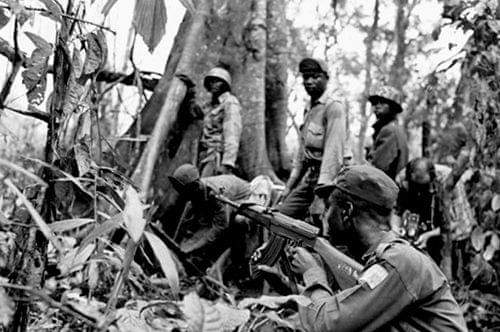 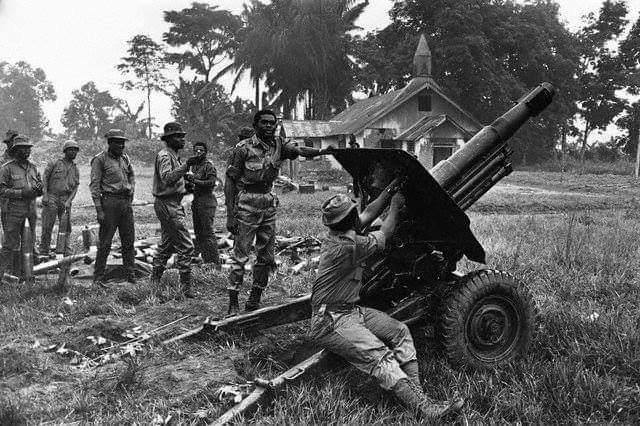 Ofonagoro’s face and voice gave life to the programme, VERDICT ’83, on NTA. Although, I didn’t understand what the programme was all about at that time, those old enough to know told us again and again that it was a travesty of everything good. They told us that Ofonagoro’s tongue mauled the truth as he smiled in derision of the general good of Nigeria. A few months after that electoral perfidy, the soldiers who were to ride roughshod over Nigerians for sixteen years struck and disbanded the order for which Ofonagoro was flag-bearer. Ofonagoro hibernated for a little more than a decade after which the same soldiers who sent him packing from the NTA excavated him and made him the nation’s chief misinformation officer with the official nomenclature of Federal Minister of Information. Never minding what he will be remembered for, the man made himself servile to deceit and guile. He drank from the same chalice as Goebbels.

Members of my generation were already university undergraduates at the time of Ofonagoro’s second coming. So we witnessed his brazen attack on history and Nigeria. This is where the title of this essay “We are at War” comes in. That was Ofonagoro’s declaration on the cover of TELL, the news magazine that defied draconian military dictatorship in the 1990s to help in truncating the odious order that almost brought Nigeria under. The cover of the August 19, 1996 edition of the magazine carried Ofonagoro’s picture with the rider “We are at War”. That was the man, bellicose, combative and ruthless in assailing the common good. Ofonagoro had been hired to diminish the June 12 phenomenon woven around Nigeria’s freest and fairest election ever. But the man ended up diminishing himself.

In truth, Nigeria was at war from 1993 till 1999 as a result of the annulment of the June 12, 1993 election. Ofonagoro was recruited to fight that war. And he did fight too dirty. Ofonagoro’s interview in the said TELL publication was a sacrilege against history and a virulent attack on the very soul of Nigeria. He mangled settled claims and pronounced condemnatory fatwa on names that approximated the sacerdotal.

Wole Soyinka, the first Black to win the Nobel Prize, Anthony Enahoro, who moved the motion for Nigeria’s independence, among other such personages were victims of Ofonagoro’s uncouth and barbed tongue. Fortunately for Nigeria, Ofonagoro’s time did expire and the nation was saved of his toxicity, but the war didn’t end with his exit. It also didn’t begin with his emergence because Nigeria has always been at war. 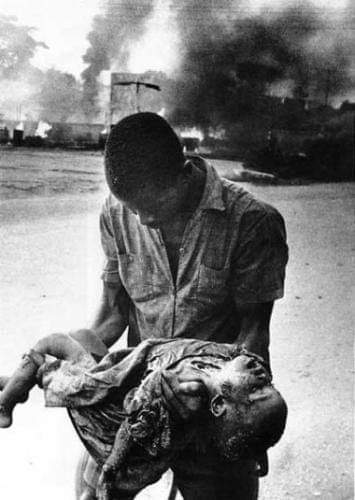 Twenty-five years after, the war has taken too many tragic turns. No thanks to monumental misrule. The present war is being fought on many fronts. The chaos of the 1990s has yielded bloody consequences and the very foundation of Nigeria is threatened. If the June 12 crisis or war was waged mainly on the streets of Lagos, the present war has been taken to every home in Nigeria and we have all become victims. The nation is atrophied and so are the citizens. The war is not just that waged by Boko Haram, herdsmen, bandits, kidnappers, armed robbers or the famed unknown gunmen. It is also beyond the secessionist antics of Sunday Igboho and Nnamdi Kanu. The painful truth is that the government is also waging war against Nigeria and Nigerians. The evidence of government’s complicity lies in its doing nothing or pretending to be doing something about the situation. The government has become like the man who hit the stick on the ground after the snake had glid past.

There is also an economic war that is reducing Nigerians into grinding poverty. Contrary to government’s statistics, inflation is so high that basic food items are getting out of reach. Hunger is prowling, disease and other indices of poverty now stare us in the face unflinchingly. Economic mismanagement and ineptitude remain the cog in the wheel of governance. 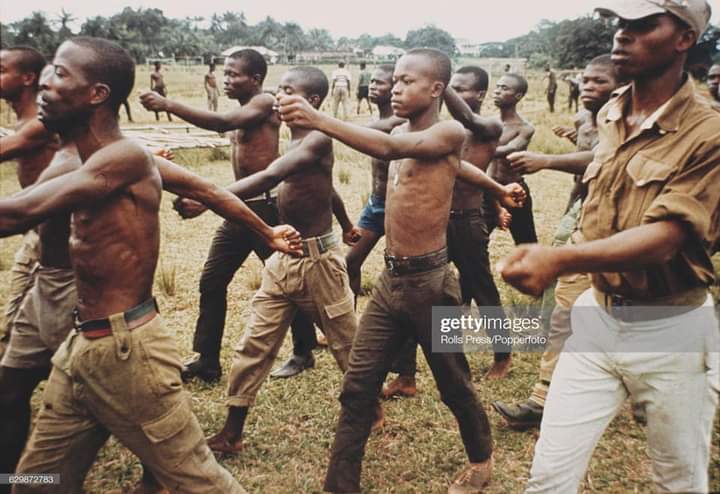 There are also rumblings in the health and education sectors arising from the failure of governance to act on simple agreements with trade unions nearly one year after such agreements were reached. Yet, President Buhari would go to London and pontificate on the role of education in the development of the individual and by extension the nation. Whereas, back home, Nigeria over which he presides has no functional education system. If we had a functional system let Buhari order all those serving in his government to pull their children out of foreign schools and return them to Nigeria’s public schools.
Inefficiency, duplicity, corruption, wastage are among the recurring factors in our war. These features have retarded our development as a nation. Lack of national consensus, lack of a national dream or better put collective aspiration is another index escalating the war. Personal interest essentially dictated by the offering of bread and butter has pushed nationalism into a remote corner in our consciousness. But, then this war will pass when eventually the people of goodwill will come together and fashion a dream, an ideal and an aspiration for Nigeria. That time might just be around the corner. Join the team of that people of goodwill and halt this war.