Skip to content
By Politics Governance,
Residents of Deltans and beneficiaries of the one million  naira give away have commended the Atawa-Akpodiete foundation and Atawa Political Vanguard for reviving the hope of Nigerians towards a better future at the 2023 general elections through its sponsored free registration with free light and a token.
This commendation was given at a  two day Permanent Voters Card registration exercise and N1 million give away to people with PVCs held at The Earth Is Lord Ministries Inc, Asaba, Delta state.
A beneficiary of the give away, Mrs Osim Chinyere Akuma said, “When i was told about this exercise taking place here, i doubted it because because i thought it was another scam on us Nigerians by politicians.
But i was surprised after i discovered that it was real, i transfered my voter card from my previous voting center to a nearer one to my house, and the errors in my PVC were uodated and corrected. As if that was not enough, light refreshment and cash was also given to aid my transportation back home. 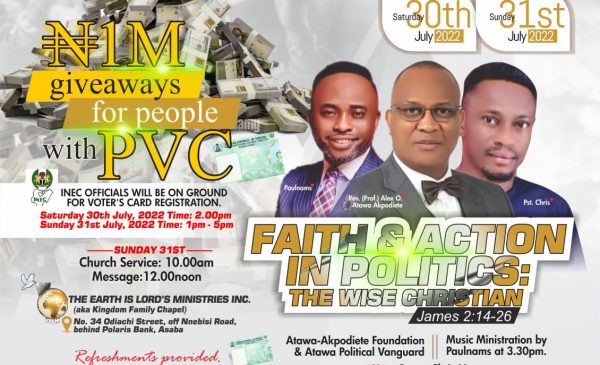 According to Mrs Osim, the procedures were perfect and encouraging. Officials from the INEC office were quick, reliable, professional in their conduct.
“I want to personally appreciate Atawa-Akpodiete foundation and Atawa Political Vanguard for giving us hope for a better Nigeria in the near future.”
Another beneficiary, Essiet Loveth said, “I transfered my PVC from my first place of registration at Saki West local government area of Oyo state to Asaba after my relocation. I thought it will not be possible but in a blink of an eye, it was done without stress.
“Atawa-Akpodiete and Atawa Political Vanguard has rekindled my joy to vote for any candidate of my choice, it was disheartening that i never casted my vote during the last election.” 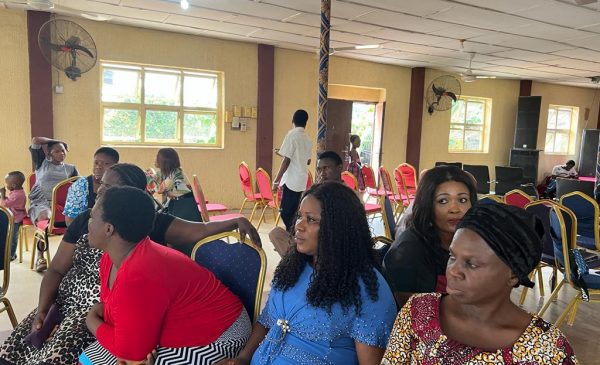 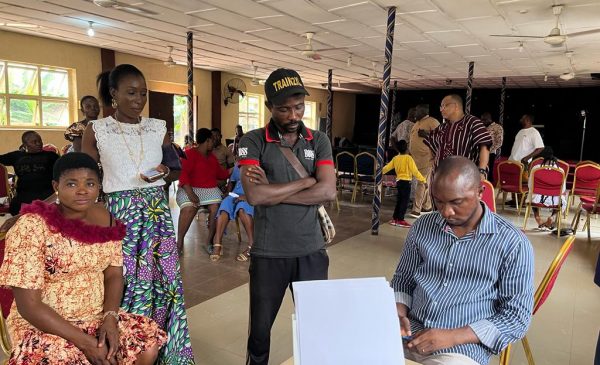 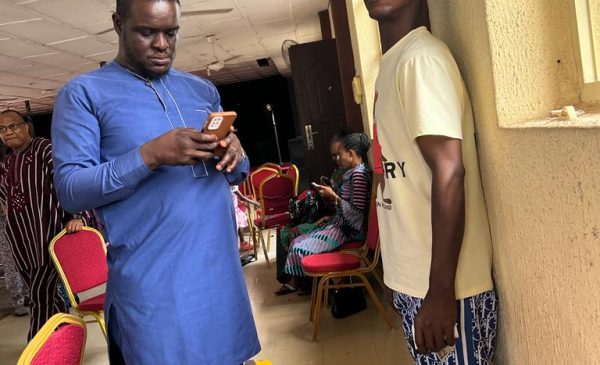 On his part, the host, Pastor Chris Nwosu of The Earth is Lord Ministry Inc.said, “When i was called that my church will be used for this exercise to encourage the people, i took it as an opportunity for me to contributing my part.
“The mission of the foundation is to encourage people to come out enmass, to register, update their information in other to vote their conscience and candidate of their choice.
“We used the church as a platform because people find it difficult to go to INEC office probably because of the stress they may passed through but luckily i have a friend and a brother. After speaking with him, he asked us to come and pick them from their office and that was how we did it.
“And for the period of two days they came, it was a serious exercise as some persons had the opportunity to use their phone in doing the update without going to INEC office. The large turnout of people for the period was exciting.
“I want to commend the Atawa-Akpodiete foundation for this great opportunity in giving hope to Nigerians that the future is bright. It has saved many people and i am particularly grateful to God for using them in our time.”
“This exercise is not about bringing people to our church, it is only God that directs people to his church. There are churches that will place adverts and all others, yet nothing will happen. But when Gid said it is time, nothing can stop people from coming.
Earlier in his homily, President of Atawa-Akpodiete Foundation and Atawa Politicak Vanguard, Prof Alex Akpodiete called on christians to actively participate in changing the narrative of the current situation Nigeria is into by using the permanent voters card to seek for a better nation. 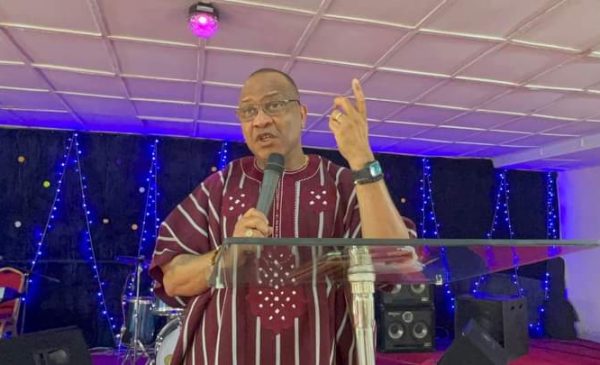 Prof Alex Akpodiete
He cautioned Ministers of God not to use the alter to endorsed any political party or aspirants in other not to bring the wrath of God upon them.
The Alter is a place where Christ and salvation is preached and not for the endorsement of any political party of candidate.
You can belong to any political paety, have your preferred candidate, vote your choice candidate but never use God Alter for political manipulations. He warned.
Post Views: 21