Leaders and stakeholders of Unuame community of Igbide in Isoko South Local Government area of Delta State have staged a peaceful protest to demand its  recognition as an autonomous community by the state government and the oil company operating the Oroni Oil Field located in the area. 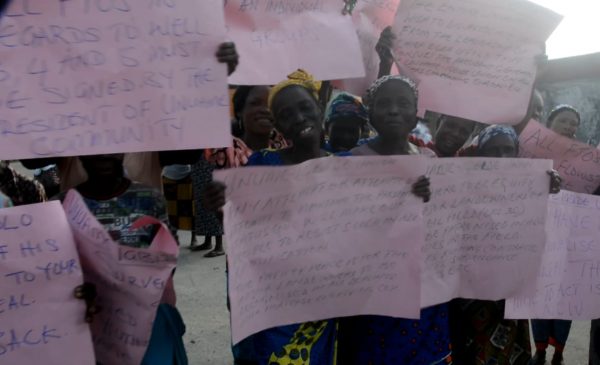 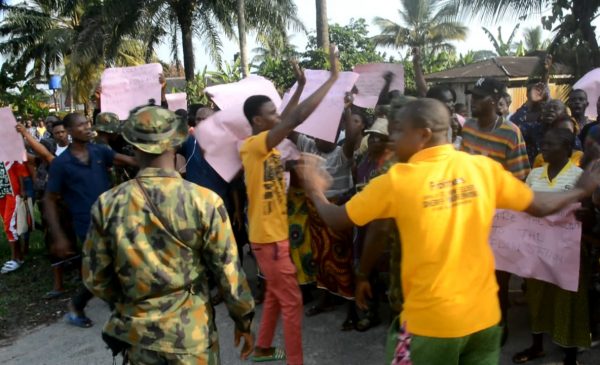 The indigenes of the community who marched to the entrance of the Oroni flow station with placards bearing inscriptions such as “Any Contractor in well 3, 4 and 8, the FTOs should be signed by Unuame President or the Contractor will not work”, “We urge Heritage Energy to co-operate to avoid our people resorting to self help” and “Our rights must not be denied by any individual or groups” amongst others, insisted that their demands must be heed to if the oil field would be allowed to continue operate.

The protesters comprises youths, women and men of the community alleged that they had long been shortchange by their brother Azagba quarter from where the current President General of Igbide kingdom hails from.

Speaking on behalf of the protesters, Vice Chairman of Unuame quarter, Lucky Eboh, disclosed that despite hosting the flow station in their land, they had never benefited from it in anyway both in employment, contract or surveillance jobs. 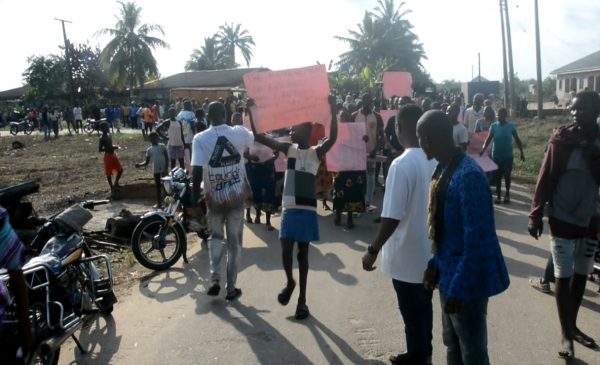 “We are the owners of this flow station but yet we have never benefited anything including the surveillance job.

The most painful thing about this is that we have a lot of oil flowing, which our neighboring community is stealing, that is oil bunkering and are using the proceeds against us.

“We have written to the government, the DSS and even the Police are aware and they are not doing anything about it. How can my enemy be using my own thing against me? We don’t have anything, no sign of employment, no sign of development. 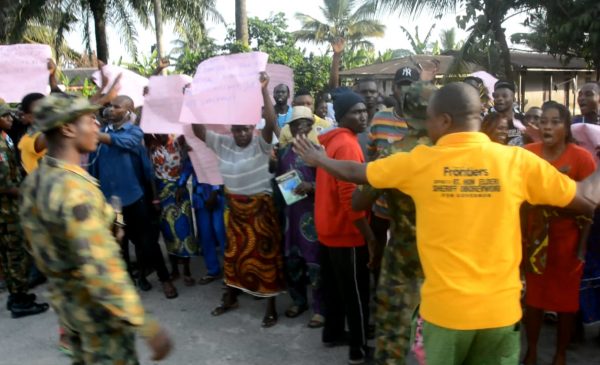 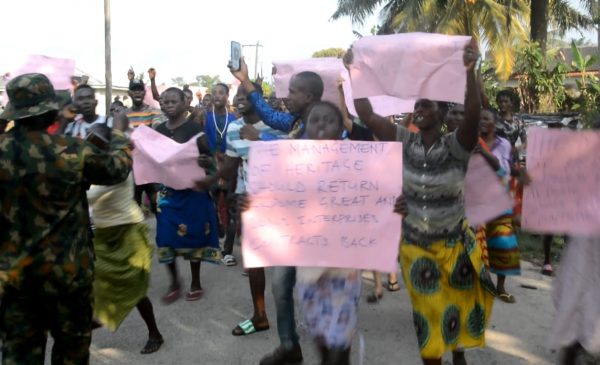 “He is using tribalism against us and we are the ones hosting the flow station. So we decided that if that is the case, we want to be on our own as an autonomous community.

“We have all the documents to show that we are the owners of the land. In Igbide, we have what we call Unuame quarter and Azagba quarter which are the two big quarters that formed Igbide, but now the President General and the Azagba people have been cheating us, we have a They have been cheating us for a long time, we want to go on our own community, we want our children, our mothers to benefit, because if they give anything to the our people, the Azagba people will take it. So now we don’t want to be with Azagba again, we want to be on our own as Unuame community.”