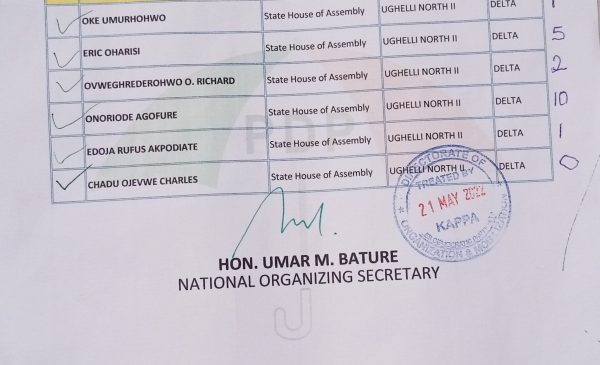 Six aspirants contested for the primaries which was held on Sunday at the Ughelli Township stadium and Agofure defeated the incumbent, Hon. Eric Oharisi and five others. 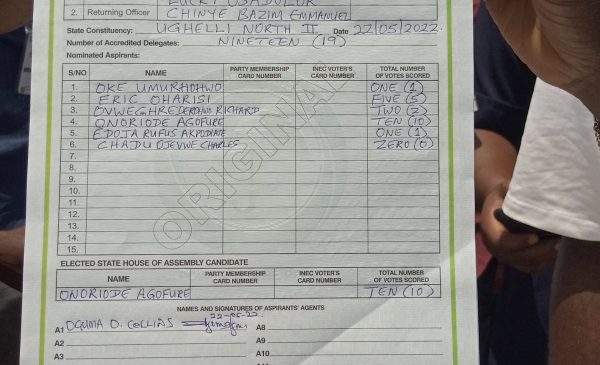