Propaganda has subjected us to blindly adhere to inaccuracies on the true reasons why Major Jasper Adaka Isaac Boro’s revolution failed and subsequent Nigerian government’s death sentence, his coordinated murder after a purported amnesty given by Yakubu Gowon.

This man’s death took place before his death. His real death was when he was betrayed by his own Ijaw people who saw his struggle for self determination, resource control and sovereignty as criminal.

The Ijaws called him an armed robber instead of a nationalist or freedom fighter. We were only interested in our foodstuffs allegedly taken by Boro and his lieutenants to pacify the hunger they faced in the mosquitoes breeding creeks.

It was the same Ijaw people who exposed Isaac Boro’s family to the Nigerian government for arrest and molestation, prompting the young man to surrender him arms, got arrested with his lieutenants, tried and sentenced to death.. That was Boro’s first death, the real death. 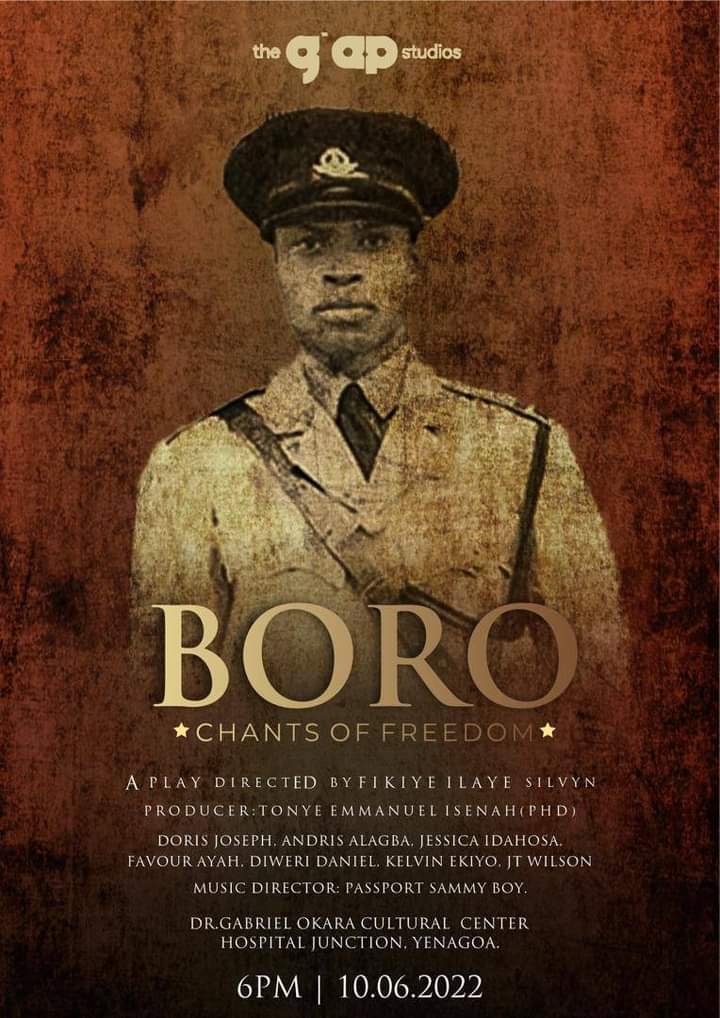 The stories of Iguiyi-Ironsi (an Igbo military Head of State ) due to hatred of the Ijaws sentencing Boro to death does really make any sentiment out of me. Gen. Ironsi ( who was also callously murdered in a military coup ) was a Nigerian president exercising his powers to continue with the Bristish colony. Anybody in his shoes will do same to stop any rebellion or uprising.

Isaac Boro’s declaration of the Niger Delta republic was not meant to end up suddenly within twelve days. The Ijaws betrayed and sold the revolution possibly due to ignorance or for selfish reasons.

The story of Benjamin Adekunle, aka Black Scorpion being responsible for the brutal murder of Isaac Boro in Port Harcourt due to rivalry to control the Third Marine commandos, to me is not as grievous as the action of his own Ijaw people that led to Boro’s arrest and incarceration.

Isaac Boro’s biggest mistake is to trust the government of Yakubu Gowon, who freed him not because he loved him or the Niger Deltans but because the federal government needed a military solution to outrun the Biafrans in the creeks. The Igbos, because of Aguiyi- Ironsi’s conviction of Boro to death were seen as likely enemies by Boro who happily grabbed the opportunity to deal with them.

The second death of Isaac Boro was premeditated before he was freed to fight for Nigeria.There was actually a game plan to end up Boro’s struggle through death. Whoseover that assassinated him was aware of the plan to eliminate him immediately after the war..

Boro didn’t die in the battle but was killed on his way from the creeks to Port Harcourt.

The Nigerian government blamed it on a Biafran Soldier but historical facts had traced the allegation of Boro’s death to Adekunle a.k.a Black Scorpion..

Today, there is Boro’s day, exclusively celebrated by the Ijaws. His bones were exhumed from the Ikoyi cementry and buried in his home state of Bayelsa , schools and roads named after him.

Many activists and self styled freedom fighters make reference to Boro’s struggle.

All this won’t take the truth out from reality that we betrayed our own Boro.It will live with us from generation to generations.