Apprehension has gripped residents of Ughelli north as gunmen suspected to be kidnappers have abducted a deputy Imam simply identified as Mallam Muhammadu Sani and injured eleven (11) worshippers while observing their early morning prayer at a Mosque in Ughelli North local government area of Delta state.

It was learned that the gunmen five in numbers in an unidentified Toyota Sienna stormed the Mosque located at Otovwievwiere street in Okorodafe axis of the Ughelli metropolis at about 6:15.am on Friday and were shooting sporadically before abducting the Imam. 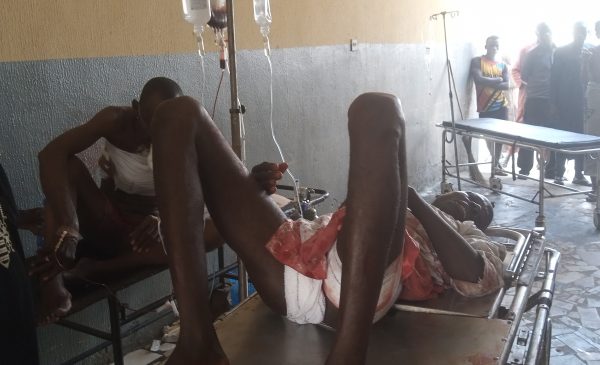 Speaking to newsmen on the incident, secretary of Arewa community, Ughelli North, Darlington Ahmed Garma said, “At about 6.15 am, unknown persons came with an ash colour Toyota Sienna, they parked opposite the mosque.

“Two men entered the Mosque, as they were taking the Imam, Mallam Muhammadu Sani away, they told the remaining members that were performing their morning prayer to go outside.

“Before they got outside the mosque, eleven (11) worshippers were shut and they are currently on admission at Ughelli Central Hospital.

One of the injured victims that spoke from the hospital bed, Muhammed Bagudu,63, disclosed that the gunmen with their faces masked entered the mosque and begin to shoot people.

“They shot me, my brother, one of the Imams and went away with our deputy Imam, Muhammadu Sani from Katsina state.

When newsmen got to Ughelli Central Hospital, some of the eleven victims were at seen at the Accident and Emergency unit receiving treatment.

Some of the injured victims, Alhaji Hassan and Mamud were referred to Oghara Teaching Hospital for further treatment

Efforts to speak with the Delta State Police Public Relations Officer, DSP Edafe Bright was not successful as calls to his lines were not answered nor returned as at the time of this report.